This Railway Bridge overpass is in the Dampier Region of the Pilbara – a large, dry, sparsely populated region in the north of Western Australia. The project called for replacement of the failed mains powered flood lighting used to illuminate the railway under the bridge.

Rio Tinto transport iron ore via a train line which passes under a bridge near the Dampier Highway. This underpass is used as a night-time inspection point to check for any issues with the train or it’s load. Flood lights mounted off the bridge were no longer functioning, and replacing the mains power supply was not feasible.

Green Frog Systems worked with contractor DCI Electrical to supply a solution based upon our STEALTH solar light. The STEALTH is designed to provide reliable performance in harsh environments, so was the perfect fit for this application. A custom bracket was designed to secure the STEALTH to the existing outriggers as replacements for the mains flood lights. Three lights on either side of the bridge running dusk to dawn all year round provide good ground level lighting. Additional PIR movement sensor activated lighting is generated for additional illumination, making inspection even easier.

Soon after installation, a brake-car breakdown occurred, which is a typical example of why these lights are required. The Rio Tinto crew provided a very positive feedback on the lighting. They were very impressed that the PIR’s can pick up movement from around 6m away, even when mounted at 9m height. 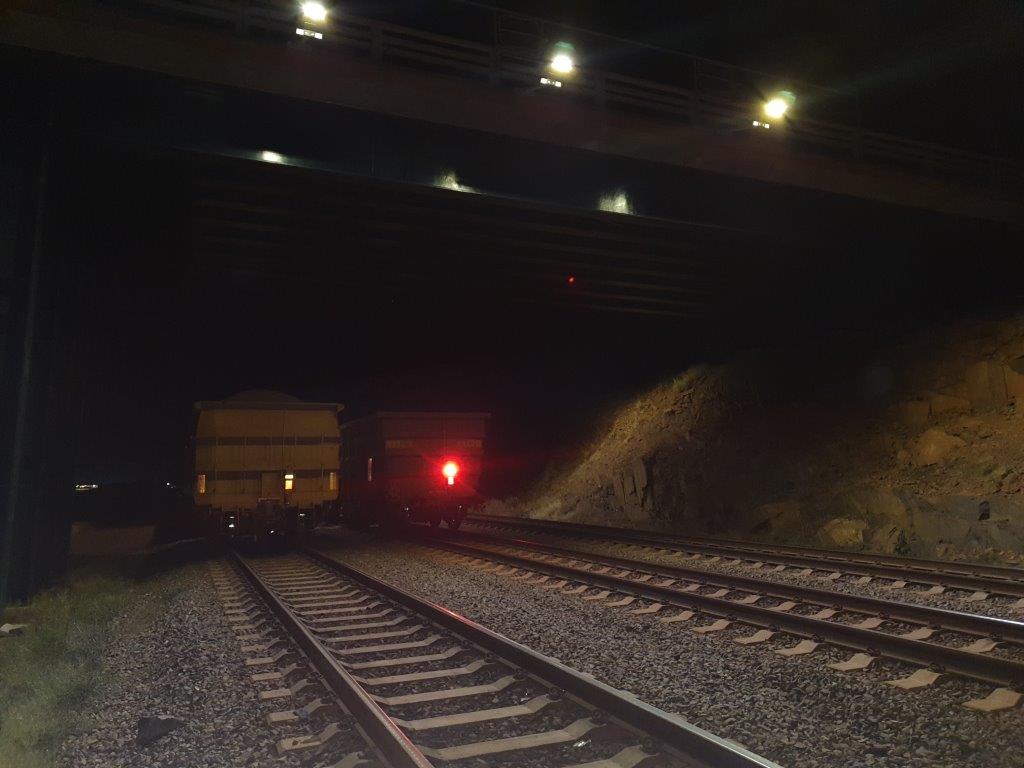 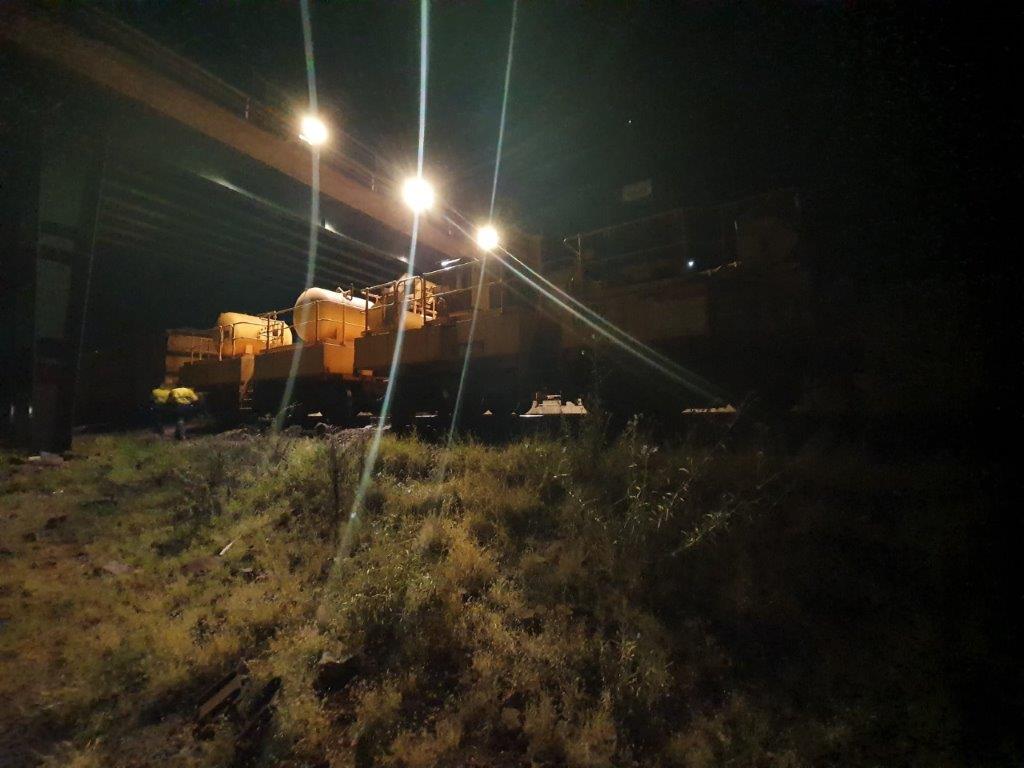 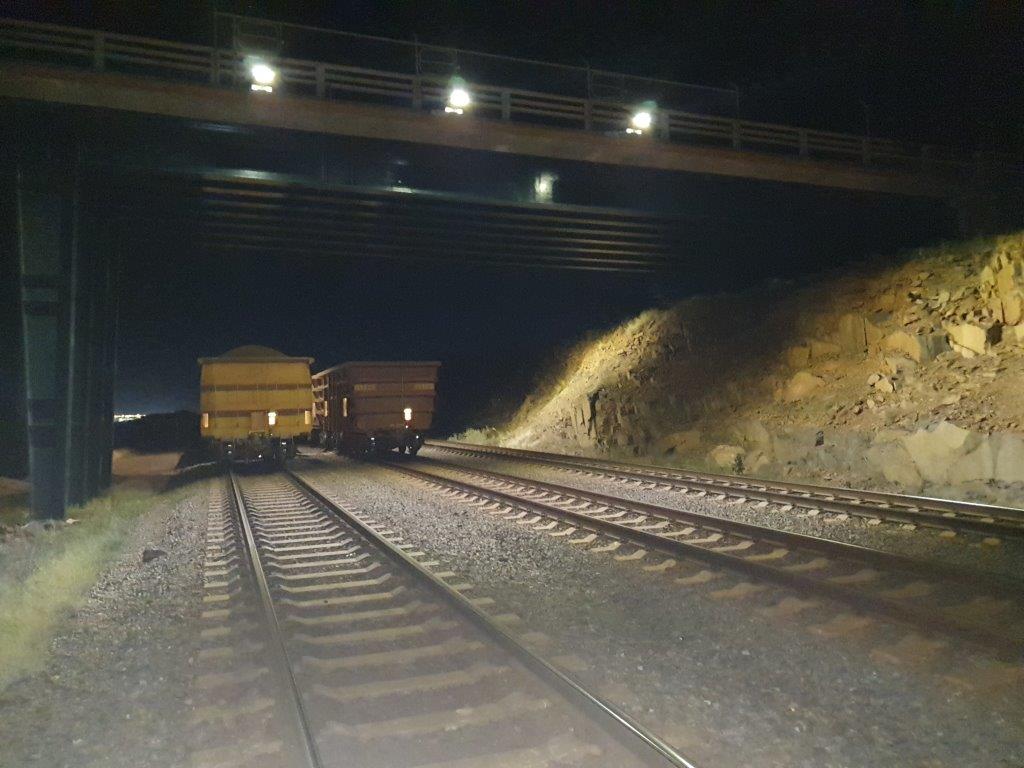 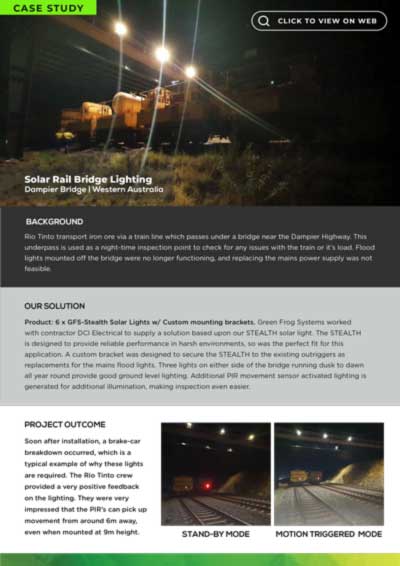